The estimated median income in Plainfield in 2015 was $55,729, which was 23 percent lower than the statewide median of $72,222. The city is currently home to 19 schools which include four charter schools. The Plainfield school district is one of 31 former Abbott districts statewide, which are now referred to as "School Development Authority (SDA) Districts" which requires the state to cover all costs school building and renovation projects under the supervision of the New Jersey Schools Development Authority.

Plainfield, New Jersey, also known as “Queens City,” is six square miles with a total of 49,808 residents as per the 2010 U.S. census. It is a highly diverse community with 23.5 percent of residents identifying as White, 50.2 percent as Black and 20.1 percent as some other race. 40.4 percent indicated they were Hispanic or Latino (of any race).

Pedestrian and bike safety are a concern in Plainfield. For the period from 2005 to 2015 there were 494 collisions involving pedestrians in Plainfield and they account for 12 percent of the 4,091 pedestrian crashes in the whole of Union County for the same time period. Children under the age of 18 were involved in 107 of the 494 incidents in Plainfield and most of them occurred when walking to and from school. This represents 21.6% of the total incidents there were 494 pedestrian crashes for all age groups. A student travel mode tally conducted in the Spring of 2016 at eight of the 19 schools suggested that approximately 20 percent of students walked and one percent biked to school. The City of Plainfield and the Plainfield School District forged a partnership with EZ Ride and multiple stakeholders to improve bike & pedestrian safety.

EZ Ride decided to focus its efforts on the City’s 12 elementary and middle schools with a total of more than 5,500 students. The goal was to reach students at a young age to encourage safe walking and biking to school.

To help accomplish these goals, EZ Ride forged a partnership with various stakeholders and helped to convene multiple meetings to increase awareness about bike & pedestrian safety.

“We are thrilled that the City of Plainfield was awarded the 2016 Safe Routes to School Infrastructure grant.  Education has many components outside of the classroom and it’s something that I am passionate about, and we take very seriously. We look forward to continuing our partnership with EZ Ride and their Bike & Pedestrian programs team.  Their efforts to support our community by partnering with corner store owners and local schools to promote healthier eating and walking/biking for our children and residents is innovative and appreciated.“ 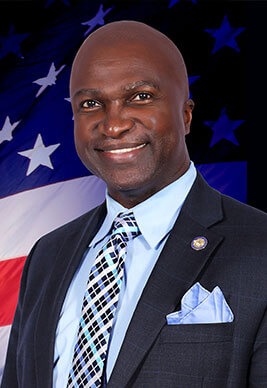