The Plaza at Harmon Meadow is six miles from the Secaucus Junction train station, a major transit hub that is a 15-minute train ride to Manhattan and through which 11 of the 13 New Jersey Transit train lines pass. A convenient, reliable transit link to the station could bring more employees and customers to the property, provide convenient access to public transportation for hotel guests and cut down on automobile traffic. Hartz reviewed their options available and selected EZ Ride to provide the shuttle service.

Hartz Mountain Industries, Inc. is one of the largest private real estate owners and developers in the U.S. with primary holdings in Northern New Jersey and New York of more than 200 properties with 38 million square feet. Hartz operates The Plaza at Harmon Meadow, a 3.5 million square foot mixed-use complex in Secaucus, New Jersey that has office and retail more than 15 restaurants, a convention center, a 14-screen movie theater and seven hotels with more than 1,000 rooms including a Courtyard by Marriott and a Hyatt Place.

Challenges Prior to EZ Ride

The Plaza at Harmon Meadow is well-served by New Jersey Transit buses and is six miles from the Secaucus Junction train, through which 11 of the 13 New Jersey Transit train lines pass; the station is a 15-minute train ride to Manhattan. However, Harmon Meadow lacked a convenient, reliable transit link to the station that ran frequently during the morning and evening commute. Having easy access to the station for employees and patrons would be a major benefit for tenants of the property. In fact, one of the main questions that potential tenants ask about is accessibility to public transportation.

Sited in the Meadowlands, Harmon Meadow is an attractive location for many businesses because of its proximity to a large pool of employees; for some, like Ernst & Young, it offered a cost-effective and convenient alternative to the high cost of a Manhattan location.

A shuttle service linking Harmon Meadow to the Secaucus station would make the property more attractive to many tenants. It would ease the commute for many employees, provide convenient access to New York City to hotel guests, free up parking spaces for other uses and reduce automobile traffic. As a long-time developer in the Meadowlands, Hartz knew about EZ Ride’s established track record of safe, cost-effective and well-run and shuttles and asked for a proposal. A relationship that is close to 10 years old was born.

“Our tenants wanted their employees, customers and guests to be able to access public transit at the Secaucus Junction train station. Since the station is short train ride from New York’s Penn Station and most of New Jersey Transit’s lines go through it, a reliable link between Harmon Meadow and Secaucus would greatly expand the number of people who could get to the property without cars.”

Getting Started With EZ Ride

In December 2005, EZ Ride started a shuttle program for Hartz with two minibuses running in the morning and the evening from the Secaucus Junction train station to five stops at The Plaza at Harmon Meadow. The shuttles run Monday through Friday every 15 minutes from 7 a.m. to 10 a.m. and again from 4 p.m. to 8 p.m. Ridership has steadily increased over the years. Initially, about 100 riders used the shuttle daily; now it’s more than 350 riders a day.

“The EZ Ride shuttles were a big hit with our tenants, so in July 2006 we expanded to a third mini-bus to handle the increased demand for an alternative to traveling by car,” said Sal Gentile, Executive Vice President, Hartz Mountain Industries, Inc.

The hotels at Harmon Meadow market their properties as close and convenient to New York City; the EZ Ride shuttles provide that convenience

In 2009, Ernst & Young, the global tax, audit, and management consulting firm, relocated about 1,600 employees to Harmon Meadow. The firm also runs in-house training at its conference center here. Since many of the employees lived in New York and others took New Jersey Transit trains, Hartz added an express shuttle exclusively to transport Ernst & Young employees to the station for the evening commute; it runs from 4:30 pm to 6:30 p.m.

“When our employees travel from our New York City location to Secaucus for training, they usually travel during peak commuting hours. The EZ Ride shuttle provides a professional & efficient service that is a more dependable mode of transportation than other alternatives for EY professionals to & from New York City.” 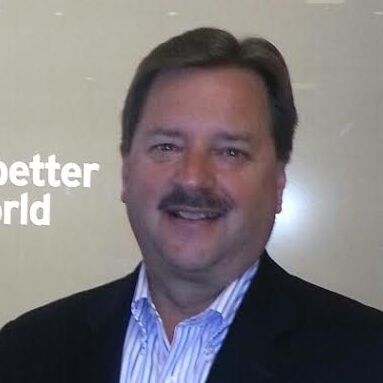 In July 2012, Hartz opened Osprey Cove, a luxury rental community close to the Secaucus Junction train station. An additional stop was added to the shuttle to serve residents of the development; it’s a six-minute ride to the station. Osprey Cove is marketed as providing an urban lifestyle with proximity to New York City combined with river views and green technology; the easy access to rail transportion provided by the EZ Ride shuttle is a key part of that lifestyle.

Ridership on the shuttle is expected to increase as Hartz continues to develop more residential units in the area that could benefit from using the service at little or no additional cost.